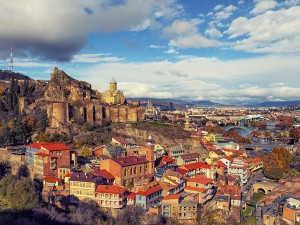 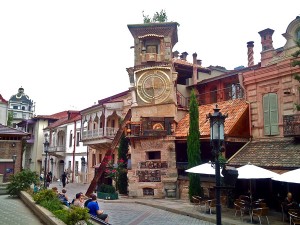 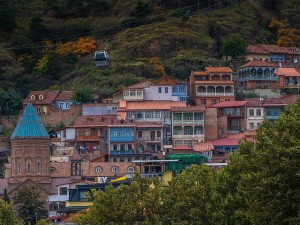 Situated on the banks of the Mtkvari River against a striking mountainous backdrop, Tbilisi is one of the world’s oldest settlements: archaeologists have found evidence of human habitation dating back to 4000 BC.

The colorful history of Tbilisi as an ancient hub of the Silk Road has played a big role in creating a city that is ethnically diverse and architecturally eclectic. A walk from the Persian-style sulfur baths to the Old Town reveals Georgian and Armenian churches, mosques and synagogues, as well as the ruins of the northernmost fire temple in Zoroastria.

There are plenty of modern, popular restaurants, open-air café bars, trendy night clubs and art galleries nearby on Shardeni Street.

The fortress of Narikala can be seen from any part of Old Tbilisi. It was built in the 4th century for defense purposes and has been significantly extended over subsequent historical periods.

The Tbilisi cable car is one of the world’s finest examples of cable railways. The train leads to Mtatsminda, a lovely leisure and entertainment park overlooking the whole town.