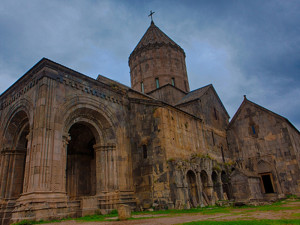 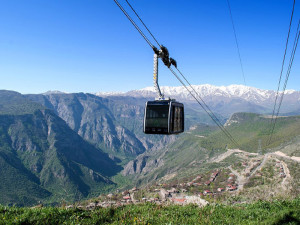 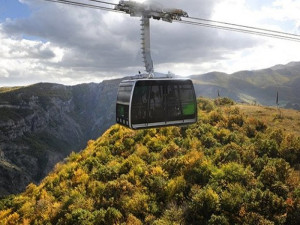 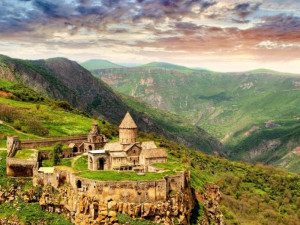 Have you ever felt how travelling by the longest non-stop double track cable car in the world feels like? If not take aerial tramway called Wings of Tatev recorded in the Guinness Book of Records for its length (5752 m). It will take you to the natural and historic treasure of Armenia through a deep and breathtaking gorge. By the ropeway you will get to Tatev monastery which is one of the main outstanding tourist objectives in Armenia due to its historical significance and the beauty of the natural surroundings. Monastery is the pearl of Armenian architecture and was one of the oldest spiritual centers of medieval Armenia, as well as the biggest university of its time. Built on the edge of giant gorge in the 9th century the walls of the monastery seem a natural extension of the rock. According to a legend when the construction of the main church was completed the master prepared a cross for placing on the dome. However, after he installed the cross he did not manage to come down so he threw himself into the gorge asking God for wings which in Armenian sounds like “tal tev”. Here is how the name of the monastery originated. Remember that this place is a must see and enjoy the sensation of being above a deep gorge.