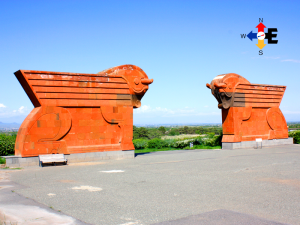 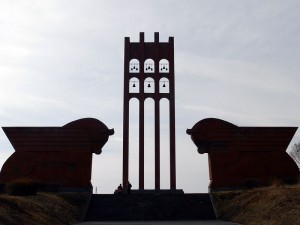 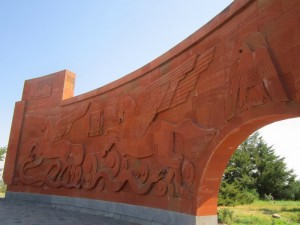 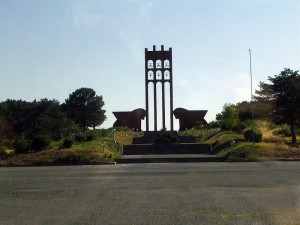 The State Ethnographic museum of Sardarapat was first opened in 1978 as a memorial to the victims of one of the most famous and heroic battles of World War I that took place in May, 1918.

The battle was one of the most tragic, but at the same time victorious pages of the Armenian history. The heroic fight of Armenian soldiers against Turkish troops led to a glorious victory. Even old people, women and children fought during this battle.

Today tourists can also visit the same-named museum that tells about the history of this legendary battle. The architect of this project was Rafael Israelyan. The museum is a two-storeyed building of red stone. It has two windows in its corners. The first one is directed towards Mount Ararat, and the second – to Aragats.

An ancient mythological creature stands at the gate. The museum’s atmosphere creates a unique feeling of greatness, and the exhibits will impress you. The building is considered to be one of Armenia’s modern architectural masterpieces.