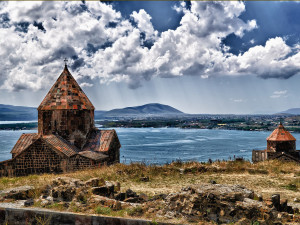 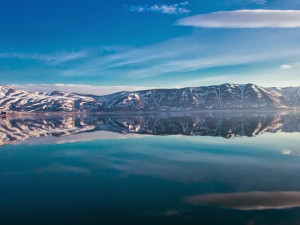 If you want to see the largest lake in the Caucasus and one of the largest freshwater high-altitude lakes in the world then don’t miss a tour to Lake Sevan which is situated in one of the most spectacular regions of Armenia. Its stunning landscape was shaped by volcanic eruptions and its colors and shades change with the weather and by its own mysterious processes, from a dazzling azure to dark blue and a thousand shades in between. While in Sevan you will see one of the oldest settlements of this region called Noratus where lots of monuments are preserved. Noratus is considered to be a khachkar (“cross-stone”) forest, unique collection of works of khachkar  art, which reveals one of the many secrets of Armenia. You will visit Sevanavank monastery located on peninsula to admire the great views of the vast lake which is seen better from this spot. Sevanavank monastery was founded in 874 AD by princess Mariam and has played a crucial role in Armenian history as it has served as a place for battle. Its location and the fact that it was then completely surrounded by water made it a good strategic shelter. It is interesting to note that Armenia was under Arab rule during the construction of Sevanavank and for this reason there were many religious disputes, in which the monastery played an important role. Another monastery located on the shore of the Lake Sevan is Hayravank founded in the 9th century.