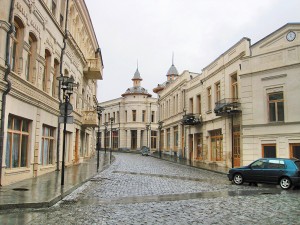 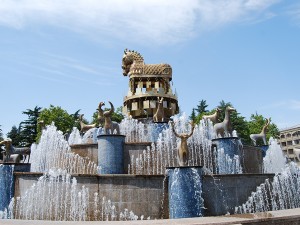 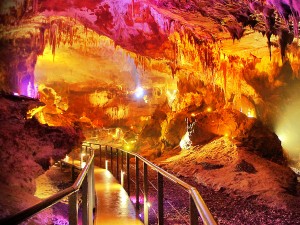 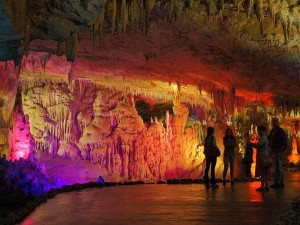 Kutaisi, Georgia’s third-largest city, is one of the oldest settlements in Europe. It also serves as the country’s legislative capital and the seat of Georgian parliament. Petite, pretty and wrapped in a constant autumnal glow, Kutaisi has a totally different vibe to Tbilisi. It’s as if the phrase ‘old-world charm’ was coined to describe it: Kutaisi looks and feels as if it’s of another era.

The capital of Imereti, Kutaisi, is Georgia’s second largest city after Tbilisi. Elegant, tree-lined streets with 19th-century houses on the banks of the Rioni River and several attractive parks make Kutaisi a very beautiful place to walk around and admire the many sights.

Just 20 km away from Kutaisi you’ll find the cave of Kumistavi, also known as the Prometheus cave. The cave was discovered in 1984 and was immediately designed as a show cave. Prometheus is the biggest cave in Georgia. Although only one tenth is open for tourists, it takes about an hour to explore it. Inside there are underground lakes and rivers; rather high humidity and a lot of bats, which, however, do not bother tourists, as they fly very high.