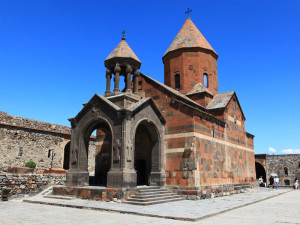 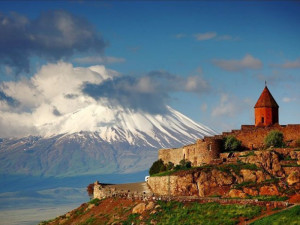 Do you want to see the main site of origin of Christianity as Armenia’s state religion ? Then visit Khor Virap which holds a special place in Armenian history as from this spot Christianity spread around Armenia. It’s the place where the first Catholicons of Armenia Grigor Luisavorich (St. Gregory the Illuminator) was imprisoned for 13 years. He was locked in a deep pit by King Trdhat III as he was propagandaing Christianity in pagan Armenia. He stayed there 13 years until the king had proclaimed Christianity as its official religion and Gregory had been appointed as the first Catholicos (Patriarch) of the Armenian Church. The dungeon of St. Khor Virap monastery is worth visiting not only for its significance and beauty but also because it is stunningly located in front of the massive Mt. Ararat, the traditional resting place of Noah’s ark.