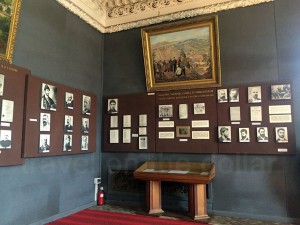 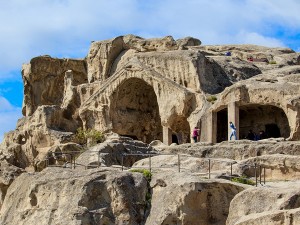 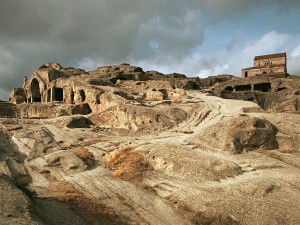 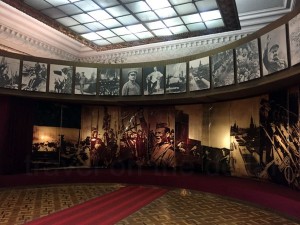 (Joseph Stalin’s Museum, Caves)
Gori, the birthplace of Joseph Stalin. Gori’s main attractions within the city are mostly monuments to Stalin, all located on or nearby the main square along Stalin Avenue.
The original fortress, constructed on a hilltop, was named Gori (meaning hill in English), and was mentioned in the Georgian chronicles as early as the VII century. Some historians believe that the fortress was built by Byzantine Caesar Heraclius to store ammunition battles against the Persians.
Uplistsikhe is one of the oldest existing and now uninhabited towns in Georgia, known as the “Fortress of the Lord.” Established in the XVIth century B.C. and carved out of rock, this was a bustling city more than 3000 years ago and was a major regional hub of Caucasian pagan worship before the introduction of Christianity in the fourth century.
Uplistsikhe is remarkable for the unique combination of the region’s rock- cut styles, especially from Cappadocia and Northern Iran. The ancient complex can be roughly divided into three parts: a lower, middle, and upper section covering an area of about 40,000 square meters. The middle part of the city is the largest and contains the majority of the rock-hewn structures. It is connected to the lower section via a narrow rock-cut pass and a tunnel. Narrow alleys and sometimes staircases radiate from the central “street” to the different structures.
Some of the highlights of this place are a Hellenistic amphitheater overlooking the Mtkvari river, a functioning 9th century church built atop the ruins of an ancient pagan temple, a once pillared seat of kings, and a fun cave tunnel leading out of the city to the riverside